Scattered and splattered across many colonies were so many typical characters that would highlight the stereotype for even the most uninclined of observers is the first remark that I would have made about the city had somebody asked me.

Almost as if some over-enterprising, over-intelligent busybody wanted to catch the attention by making people form an opinion like the 'unmade-remark' aforementioned.

Like also when the regards become oh-so-thoughtful.
Like when the cat becomes so engrossed with itself that it does not know a human from another cat! Like Lady Macbeth had to be for failing which, Macbeth would not have been!
Like tormentors have to be for, failing which, the tormented would not be. 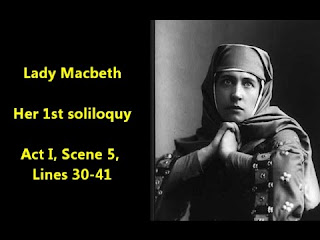 In this curious tale (saga, too, it can be called because it spans years, maybe two or three decades, to hazard a guess when it all must have started as planning for three or four different careers for a single, over-endowed person by the family - one, that of an actor/director, the second, of a poet, the third of a chess player, the fourth, of a Cricketer - in three different cities and when, something turned off the 'talent hunters' or 'nurturers', the resources and the opportunities that would otherwise, have been voided, were reframed for 'other' deserving or non-deserving (as the case may have been) thus, drawing flak from all those from the region to which the person belonged to that must have got converted to vengeance, jealousy, in subsequent generations) of cause, consequence intertwined in a faked sequence of reality, I must not forget the role that the modern press (or the media, as we know it), plays on the minds of the milieu by frequently drawing parallels, by enthusing superficial snobs to dismiss simplicity creating success of the rhetoric and stereotypes, which, naturally, helps create smoke screens and therefore, is more than the ideal suitor for the corrupt, who could at any course of time, be called upon or rather, be relied upon to create the necessary platforms of fear and chaos!

The reluctant blackmailers don't blackmail directly nor do they use blackmail as their only source of income; they have a front of decent working class, a family, a house and even normal bank accounts but what they don't have is conscience and empathy for others and more importantly, they are arrogant in their ability to 'enable' blackmail, easy money and their ability to create smoke screens at will and deflect opinions to sway with a swish of their wand - so callous are they about lives because they don't kill people they know or with motive - they use the chaos and the senselessness of a motiveless murder or act of crime and let it float around for some parallel to be drawn and then their ingenuity to masquerade lies and deceit as truth and reality begins!

And, if you don't have money and they have already passed the judgment that you must be blackmailed because they think you are guilty of some crime as per one of their members (son, family, neighbor, playboy) then they enable you to inherit from the murder of a rich man or woman as far off in relation as nothing!

Be assured that their intentions and motives would always be clean because the law will not believe that somebody can be hoodwinked through psychology or character manipulation to commit a crime! But it is not just psychology or personality traits that move the gang forward but the general air of public opinion, which is built up to the necessary threshold before an act of crime or deceit is committed.

A stereotype, mob mentality type would be required to accomplish the goals of this nexus and this is provided in the form of 'youth', for the sheer dose of immaturity that could be masked under a cover of youthful vigor and reckless haste, and then all that would be required to set up the 'youth' is a 'leader' who can influence them and it is the 'leader' that works on the beck and call of the manipulators, so much so as to give a running commentary to describe the 'character' of their next target!

If recorded and corroborated with the people who are on the other side of the phone (the receiving people of the information), so to speak, who, themselves could ask as to why the commentator keeps jumping from one topic to another and never makes any sense but since they talk among themselves, these reluctant blackmailers, giving the impression or rather, making sure to give the impression that they are conveying information about you to someone while actually playing it out between their own gang (much like the company or conglomerate, that has dozens of different businesses all under one business entity or one rich person, and doing business among themselves! Ingenious, one produces, the other sells and yet another of the same business entity buys it and resells it! So, no recession, no tax evasions, no market or people (consumer) dependencies to sway their business, it would always flourish.) - the ingenious part being that the 'subject' ie., me, would pass the information to the rest of the world (or somebody in particular, among my readers, who could then be identified and used for blackmail or other acts to easy power, money, status or benefits) ie., a messenger.

With one catch, though.

Most of them or maybe all of them have to adopt a strict, 'obey' and be predictable behavior, with no decisions taken by themselves (much like in 'autocracy' (which would cause the media to interpret it as 'Hitler-an' or if it is 'authoritarian', as China (since there is no USSR), or a terrorist group, as in ISIS (as there is no LTTE or Al Qaeda) to sway, seemingly the mindsets of people who 'buy' such parallels) and the new subject ie., me, is chosen for being a kind of an outcast or a person who has wronged his own family or 'hurt' someone's feelings (this is a big seller for these 'reluctant blackmailers' because they consider themselves to be the 'victims' of emotionally hurtful people like me, for example!) on both sides of the conversation, that they are 'leaking out' private information about another paying guest, for example, which, if all come to nothing and they get exposed, would be dismissed by the police or anyone, as just an act of a village bred mentality, for which, too, a lot of build up is done to 'project' the chief protagonist, the village bred nincompoop, actually a cold-blooded creep capable of killing even the ones with whom it would share bonds of love or affection because its (because it's an animal) mentality is fed by its own delusions of smell and each of its delusion, in turn, is fed by any new 'term' that it comes across used by the professionals of the 'subject's profession, for example, if my profession is software development, then if the nincompoop hears the word 'code smell', it would become fascinated by it and use the word smell for various odd things like cigarette smell but would not say the same for a stinking sink or an alcohol smell and the 'code' part triggering off the idea that it should start a communication form based on 'code' - the kind of conversation of the commentator describing the character, mood or thoughts of the 'subject'  !!

For instance, if I were to look to one side, the words used would be "Let me see or let us see" to convey that the 'subject' is thoughtfully looking away but since the trick is not to get involved directly, this commentator does not directly describe the person but rather bugs either the listener, usually a chosen 'stupid' woman or a besotted old man (though how one could be besotted by a paunchy, creep of a whiner and a gambler, to be looked upon as a 'cute' boy, only the 'stupid' woman could explain!), or the 'subject' ie. me, to get so bugged as to either fret about by sifting through all the possibilities of the seemingly 'disjointed references' or 'broken' conversational tone till they begin to show signs of following what the nincompoop wishes them to think, for the former set of people ie., the so-called receivers of the information and for the latter, to simply deduce the intentions and scare the wits out of those who get to know about the planned execution of their course of action.

Another catch, though, is that they have to show as if they disobey or by nature, have an intense dislike for others telling them what to do, which is what the above description of them being perfectly obeying would jar the senses of those who know them, enough to call you as the rambler or a poor judge of character!

And the final catch is that if they have to disobey their own circle and follow their own path, they would need to behave like they have gone insane (much like the rambling nincompoop) to make way for the justification that would be as, since they were not sane enough, they 'disobeyed' by 'obeying' someone other than the circle.

----
Stereotypism, for example, ranges to a keyword - 'paying guests are supposed to be like this or that' - and manipulated as 'I only took off my trousers and roamed around naked or in undies' to respond to an objection to the indecency and which is further used as the excuse to take care of all objections!