One of the most fascinating games that humans play is Chess because it is not just a great mind game (or game of minds), it is also a game that enables many institutions and disciplines to function in a standard, universally acknowledged manner. 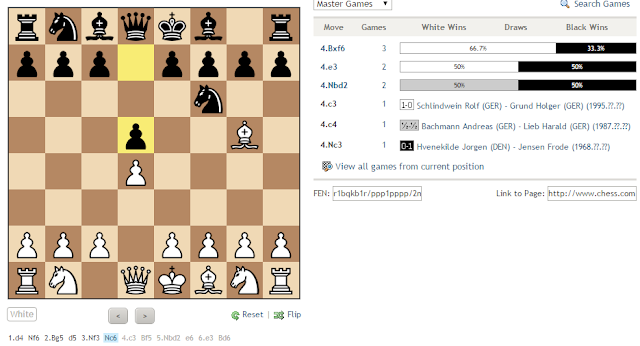 The fundamentals of Chess begins with the opening.

A chess opening is a sequence of moves that have to be played in a certain way (not as in 'discipline' that you have to play so but in a form much like how constellations are identified). There are many chess openings, as there are many constellations and design patterns (software), that are identified with the formation of the pawns structure, the placement of the other pieces in relation with the pawns etc.

Much like other conventions, many are puzzled as to why these openings emerge. One of the best way to understand the need for Chess Openings, as an accepted tool of study to play better and competitive chess, is by looking at one of the most popular Chess Openings of them all - the Dragon variation of the Sicilian defense. 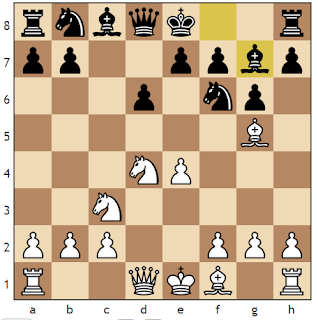 As the name suggests, it is played by the player playing Black hence, the name 'Defense' but it is popular because of the high octane attack that it enables for Black on the Queen side of the Chess board.

Sicilian Dragon is one of the few variations in Chess Openings that can be explained clearly not just as an opening but why the Black Bishop serves its purpose at g7.

Here is a 'simulated' dragon (the theory is the same but the Bishop's position is not where it should be even though the diagonal remains the same) that loses black two to three moves that shows in the subsequent moves of the game how handy the two or three moves 'lead' time, also called as 'tempo', could have been for black.

Edit: This game was being played Live while I wrote this and I expected the 'tempo' was lost for Black and that White would capitalise on it, in the subsequent moves (if White had been enterprising and sacrificed with Ndxe6, fxe6, followed by Bxc5 !! recovering the sacrificed Knight, losing the White Knight on C3 immediately, but following with either Rxd6 or Bxd6, winning the exchange and a pawn and, of course, the simplest bxc5, Qa5 Ncb1 not Nb3 because Qxa3+ wins back a Knight with Bxc3) but...! 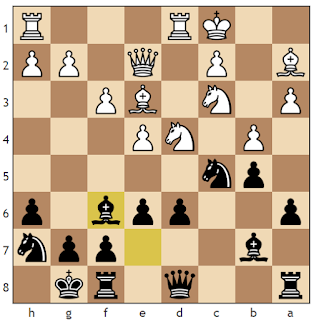 
And after just 7 moves, after move 15...Bf6, here is the resulting board position! 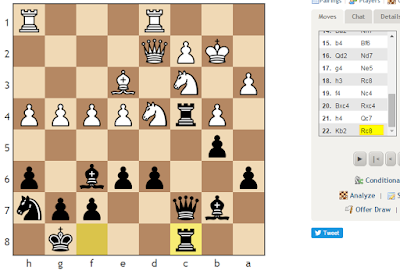 And after just another move, White is in total disarray. 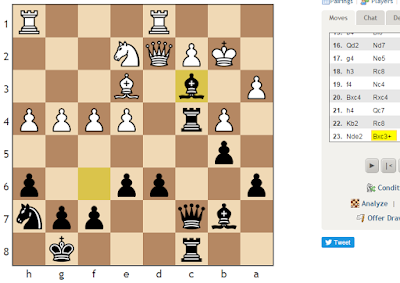 The reason why it is called the Dragon !

Season's greetings, happy holidays and wishing a great happy new year for all my readers, followers, blogger family and friends ! :)

Organizing the story board is usually dependant on the automated tool that is used. Often, when we use a real life story board like a white board, there are the same maintenance issues that usually pertain to communication. How to convey the right picture to the team?

When a task is slipping or lagging, do simple updates in stand-ups help or do you need an additional input? And if you do, where should the output, a graph or alerts, be conveyed to - the team, the management or presuming you are doing Scrum, with the ScrumMaster?

The Scrum / Sprint Planner does just this - it helps you with a template of pre-assigned roles and responsibilities as defined in Scrum and as an experienced Agile practitioner, like me, would use it. Developed for Excel, this add-in is the complete solution for all your Scrum needs. Follow my blog to stay updated on the release date for this tool.