How many times have you wished for a simple way to enter dates into your Excel worksheets?

Here is a simple solution. 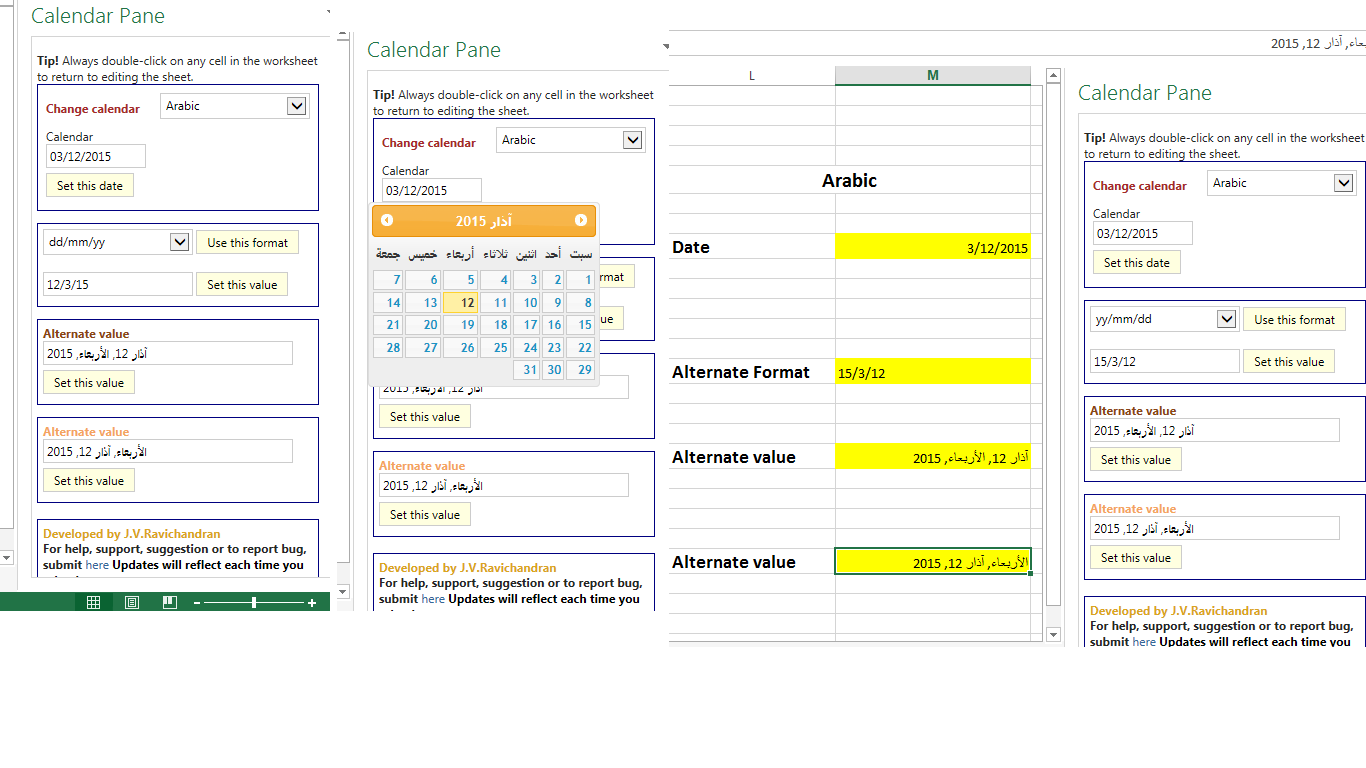 Try it for free from the Office store. Calendars in Arabic, Chinese (simplified), English, Tamil.

You cannot say "No" to this because you need it to save you precious minutes at work.

Have you begun using this simple Excel must-have? 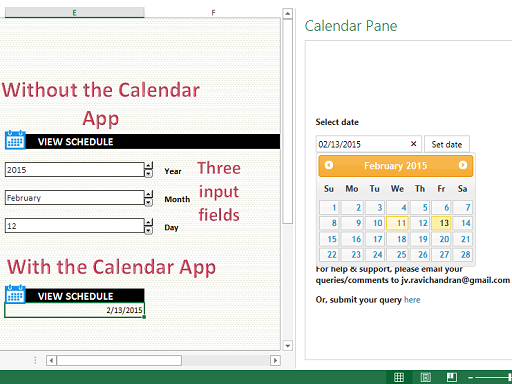 Please note: The listed price is for per user up to 10 user license beyond 10 users it is free.

2. Click Store and Enter 'calendar' in the search box.

And you are ready to go!!

Also in Tamil, Chinese (simplified) and Arabic - Calendars only. 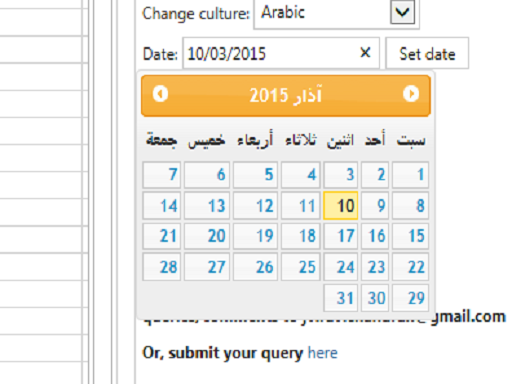 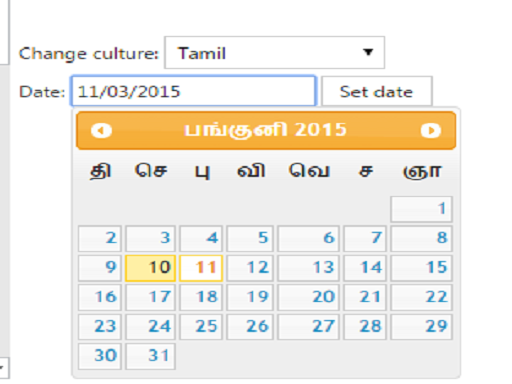 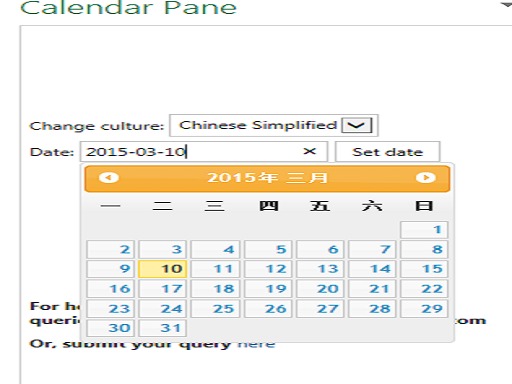 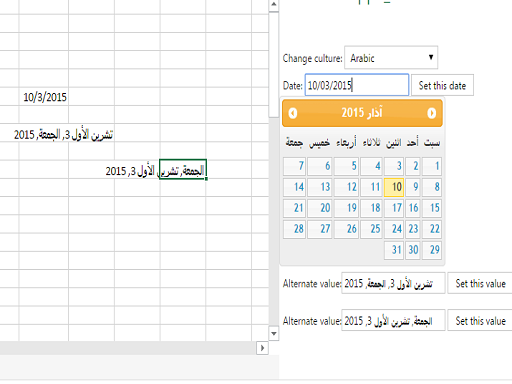 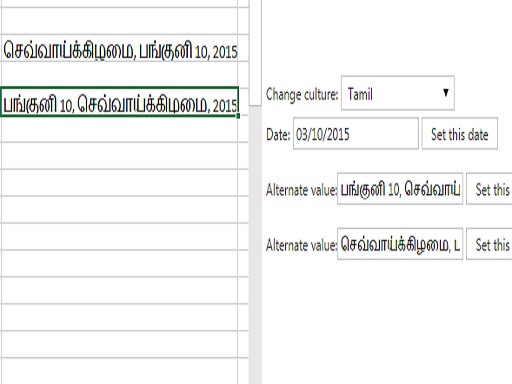 Full version available in paid version.
Posted by RJV at 14:21 No comments:

I frequently look at the stats of my blog and this stat seemed singular to me. So I decided to apply my mind a little to see what was it that could have generated so much interest on a particular day. I dwelt on my blogging style, the content and external factors like a new domain name, a new product etc. Here is what I discovered.

Somehow, I had adopted a practice not to ever blog on my personal life or write in a certain style that I use while writing an article or in a casual form.

I had maintained this blogging practice for over 7 years of blogging but since last year, I have noticed, on hindsight, that I have used that 'funny', descriptive tone in a few posts and not the bland, descriptive style that I use for technical/technological posts. I attribute this 'change' to either my recovering my health for over two years and due to which I have more myself as company or to working on my own and by myself.

The reason I mention this is so that I could share another fact that could not have been shared without this preamble. 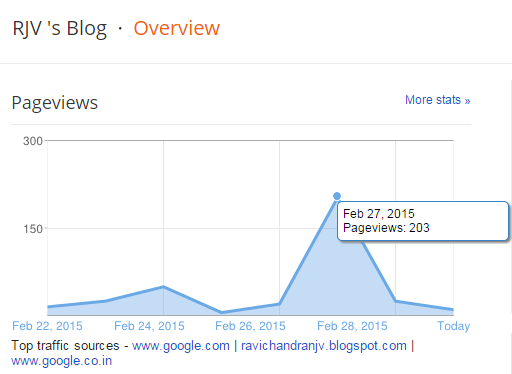 The reason I also want to mention this in such a tone is not to brag about it but because during this period, I had added a widget for my Calendar Pane app for Excel 365 without checking its size !

And I had 203 visitors to the blog to see such a great event, when without the over-sized (full size) image, the number would be in mid-20s !

It is remarkable that so many become so interested to make note of a 'deviation' than if the blog were in a perfect condition. It is quite likely that the 'sick' state of the blog was 'symbolically' represented to such visitors as a human being with an ailment, who people visited out of care and concern !

To elaborate on this rampant human trait nowadays, due to the 'comparison techniques of communication' - the 'like a' (just like 'is a' in Object-oriented terminology) style - that many adopt in their zest to be cleverer than others, a mouse enters a home and a nutcase landlord that believes he/she has a 'right' to disturb tenants living below randomly because they live in the building that they own (even if the other is a rightful owner or pays rent to some other landlord!) because they have heard that a mouse also lives in that house for which rent has not been paid because they have created some rent agreement with such a clause that no other living being must live in the house other than the registered names, the deviation is represented for certain crass people as a breach in agreement (unreasonable people is not the word to describe them, they are ridiculously insane people, who live because they have the money to indulge in whatever they want) but without making any charges.

To elaborate more in the same 'like a' way, the mouse is a deviation from what was agreed (not agreed is not what you can argue is their belief - such insanely unreasonable mindsets) in the tenancy so, in return, they believe that they can indulge in their psychotic pleasures.

It is no co-incidence but a serious fact that if addressed correctly can solve a lot of 'humane' problems that face us all in our daily lives.

Of course there is another reason why I found it necessary to share this fact, aside from the preamble that it afforded me, it also helped me draw a parallel to how my products have fared.

I have had more than one career (much like how many mention that they have had more than three wives and are in the process for more !) - one, as a software programmer, two, as a technical trainer, three, as a mentor/coach/evangelist in Agile and of late, as a consequence of my stint at recovering from the injury to my shoulder and arm, as a freelance software consultant and as a product specialist.

It is as the product developer that I am more concerned with, which because of not making me money, puts me in a different light, probably a spot (pun unintended)!

The fact is, I started developing products way back in 1994 under the label of GREYcells and although it found mention in PCQuest and in the form of a press release, it never made any money. The possible reasons were not sufficient financial backing nor the required marketing thrust or help.

Then recently, I developed a few Android apps and put it on the Google Play Store.

Again, I was under duress, but this time, due to the injury. Again, as previously, I turned to jobs (!) as a means to earn money and now, for the third time, as I hit the market, with a product for the Microsoft Online Store, I find that I have not got the response that I was looking for although, a lot better than what the predecessors got, I find a rather simple phenomenon (of course, there are humans involved, too.


For instance, if a certain practice (angry retaliation or spite would be a more appropriate description) is adopted in a city or town or village, where every mistake committed by a government or an official or a superior, is replicated as another mistake of the same kind, elsewhere, to not only serve as a reminder but as also a form of revenge in a fit of jealousy then people in the 'replicated' city or village would not know it is a vengeful act but only as it was in the other context, a mistake or incompetence) that explains why many problems, social and political, seem the same within the same country or region.

The problems are not because of laws or regulations but because of people and their attitude.

And it is here that the parallel that I wished to draw with the 203 visitors visiting my blog to see a ill-placed image, when the blog had been doing well for more than 7 years !

Some people associate themselves in a certain way to life and so expose themselves to be manipulated in a certain way (like Greenpeace in India) that they become a 'representation' of a certain stereotype, of a 'curse' even, and who, due to years of doing the same things, and without having the 'varied' windows of different careers or different talent as a 'contrast', don't even get to know how they have become a 'curse' !

In India, many would know it from historical reference, where caste-ism used to expose such people; it is known as discrimination in today's world.

I must be more careful around the month of February because it seems during this month, as astrologers put it in India, 'Shani' hovers over me, in the form of  some factors that make people confused between 'something wrong' with a thing (a blog) - it was the Television that blew up smoke ('phook gaya' is also used in the context of the brain and the car), when I got injured - and 'something wrong' with a person ! :D

Does it mean that around this month

(and why only February? Maybe the person visits India or near my house or known to me? Or some psycho who knows me more than I do),

somebody takes special interest in me and says, "Ok so tell me what is he doing nowadays?" or "how is he?"

Be what may, many 'prejudices', 'religious misgivings' (for example, "Lord Siva is calling you" !)) is likely to get solved by simply co-relating Google Search (SEO) or web marketing/network and human networks and word-of-mouth gossip or vendetta mercenaries. ;)