The Common Man Rests In Peace

Some of the most inspiring figures in history have been fictitious characters - The Common Man of R K Laxman, is one such character.

He does not speak ever, is a mute spectator to all the evils, perils and hurdles in his life, impervious to suffering, a keen observant and has a supremely resilient tolerance towards his own predicament.

Somehow, the dignity that this caricature of the Indian common man, a descendant of a particular type of Indian, saved the Indian politician from quite a few whiplashes (certainly not blushes) from the elite due to the 'sophisticated' feel of a 'witty' window that R K Laxman provided of the plight of the poor to many elite Indians,

It is well-known that art, music and musicians, theater and artistes, too, have served as arms of governance and kingdoms and often reflect, in hindsight, the quality, nature and concern towards the populace and R K Laxman served as one such artiste - an artiste that chanced to be 'available' for a certain segment of Indians to serve a certain purpose in the most opportune way - to execute a certain 'technique' that probably later became misconstrued into an 'ideology'.

The Common Man, in the caricature version of the great R K Laxman, characterized and epitomized the suffering of the people of India in a manner that endeared the 'poor' in the eyes of the rich and painted or rather, 'sketched', 'poverty' to the elite in such a way that it did not leave the successful in life to feel any animosity towards either the government or those, who were not as successful or rich as themselves.

Maybe, the Congress Party of today can take a hint here and mend its ways ('ideology' is a laughable term, really) that the 'poor' are not some cartoon caricatures to give support to (with 'gareebi ki ladaai hamaari ladai' - 'the fight of the poor is our fight' etc slogans) but humans, who really need help due to years of exploitation and a 'happy-go-lucky' India Inc that 'felt good' in the delightful 'Common Man' and the naivete with which he looked around him that assured them that it was not their fault if they were richer, unless the Congress Party still fools itself with 'tradition', 'dignity', 'honor' etc.

As in the below cartoon, one of many that featured in the front page of Times of India for over 5 decades. 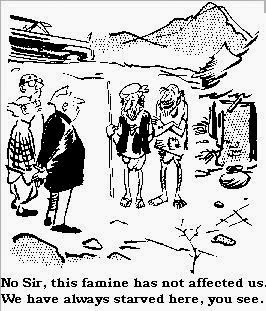 The Common Man, as depicted by R K Laxman, was not a dumb, ill-educated nincompoop but an educated person (the spectacles in India is usually indicative that a person is well-read or at least, educated), who, somehow, cannot find the words to express himself at the plight of his fellow citizens.

He is not a 'puzzled', 'bewildered' man either, as many commonly describe him. The places that he finds himself in, as an onlooker, or a passer-by or simply accompanying some official puts him in a different perspective than just a 'bystander'.

It is a legacy left behind by a simple genius that India will treasure and be guided by, forever.

The works of R K Laxman with the Common Man as his chief protagonist, is an eloquence in simplicity that thousands of words could not convey, a powerful dialogue, where the 'hero' is always a silent spectator, the silence that conveyed, with a few sketches, years of governance and a dispassionate but witty commentary on public welfare.

and now, with the passing away of his creator, remains betrayed yet loyal by and to a great cartoonist - R K Laxman.

Given that Rs. 144.00 is charged of a mobile customer in a day, for usage of talk-time minutes, every mobile provider can lose Rs 60,000.00 for every lakh of customers but the other way of looking at it, is the 'half-empty or half-full' theory - every customer is likely to pay 1/6th of a paisa for a second not earned!

So, how does one look at the extra 'leap second' in 2015? If I charge $ 0.33 per minute for my work, does that mean that I can charge $ 0.33/60 extra on that one day when the leap second will be adjusted? Of course, it may seem too much ado about nothing when applied in an individual context but when stock indexes work on such minute deltas as margins to work on, the resultant 'gaps' can be a busy, merry dollars that may leap around during that one second!

Do economies include the full second and adjust it as 23:59:60 or should countries go Google's way of spreading the second across the full day? The latter may just not be productive for services dependent on time but at the same time, will governments look at regulations over the second? Because, after all, the government is not going to increase wages for the extra second nor will workers work the extra second.

So, what exactly is the extra second's worth?

This is where the 'half-empty or half-full' theory comes into play.

But what about the overall cost of implementing the adjustment into algorithms or web applications that calculate the user's talk-time? Will it be worth the while for the service providers to invest into accommodating the change in time for one second?

Databases will have to adjust the time stamp so as not to 'trip' over the extra second and cause either dirty data or loss of integrity in data. Will the easier way be to stop all data operations for that extra second?

More importantly, what is the need to accommodate the extra time? Does it make business sense to do so?

It is not like Y2K, where the adjustment affected a whole year or at times, a whole many number of years so investing into the algorithms made immense sense! And, even if operating system manufacturers oblige by providing a Leap Second update for all their installations across the world, application logic may not find it all that simple to sync with the computer clock of different time zones so easily because it must also have to conform to any audit controls of a region without which there may be violations of money laundering on a mass scale.

The 'Leap Second' will be a huge test of maturity in governance for countries and in management sense for organizations to know how to ensure audit controls are in place to be able to track any money laundering done during the period.

For the technical side of it, it may be noteworthy only for database vendors and time-critical applications to take care of the second.

Will the web servers and the Cloud follow any convention especially when many servers are physically located in different locations that obviously will have their own anti-money laundering laws?

It will be interesting to know how governments respond to the extra second in 2015.
Posted by RJV at 22:22 No comments: 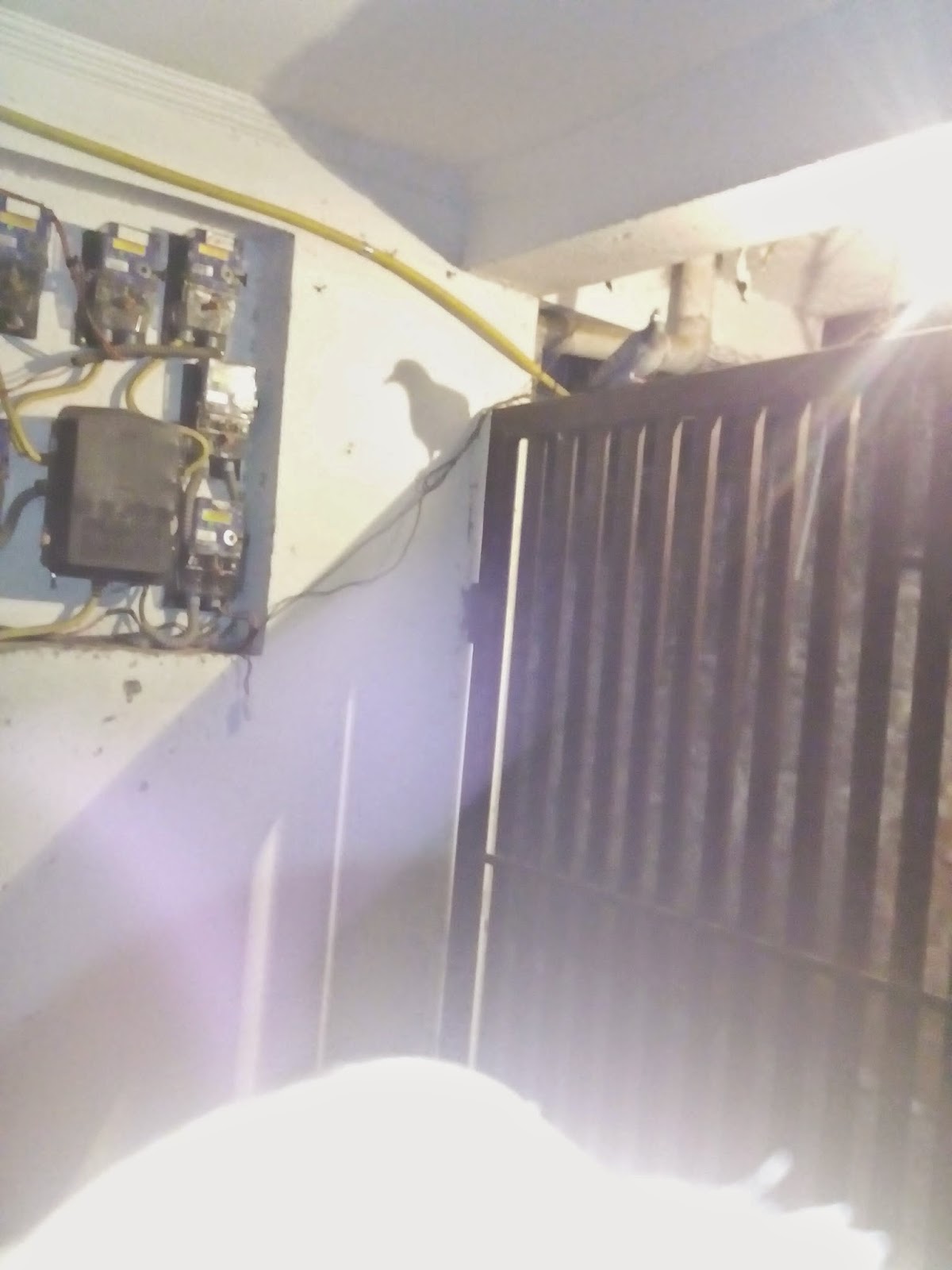 I wish Clint Eastwood could see this and call me to make a film or be his scriptwriter. :)
Posted by RJV at 11:35 No comments: